When my mother won a trip for two to Victoria Falls in 2012, naturally I jumped at the opportunity to be her travelling companion and escape the gloomy winter weather in Cape Town.

Prior to leaving, we were advised to have a Yellow Fever vaccination which was not an enjoyable experience at all. I suffered with the worst fever soon after receiving the jab, but one vitamin B shot later saw me cured and ready to fly.

We landed at Livingstone Airport on the Zambian side of the Zambezi River and with only two flights a week it was easy for the tour operators to steer the arriving tourists into a bus that would take us across the border into Zimbabwe and to our hotel in Victoria Falls.
We stayed at the Kingdom Hotel which was very comfortable and provided everything required for our stay including a casino sporting old first generation gambling machines.
Our first day started by exploring the small village which took all of thirty minutes. The hotel’s location made it the perfect base from which to do short walks to the major attractions and the sound of the mighty falls was a constant reminder of how close we were so we headed to the falls for the “Rain Forest Walk”. Plastic parka’s are for sale onsite and trust me you will need one depending on the direction of the spray. The waterfall is the largest uninterrupted sheet of falling water in the world and is located on the border of Zimbabwe and Zambia. It’s worth visiting both sides for a different perspective and don’t miss out on having a swim or sundowners in the “Devils Pool” on the Zambian side which is located right on the edge of the falls.

The evening blissfully ended off with a Zambezi river cruise . We were served cocktails and canapés while taking in the abundant wildlife including many bird species, crocodile’s and plenty of hippo’s. Whoever coined the phrase “the shit just hit the fan” must have been hippo watching but we were fortunate enough to not be in the firing line. The sunset was magical. There is just something about a  African sunset. Accompanied by the sound of nature it puts ones trivial life issues into perspective. We need to cherish and preserve what little we have left on this planet…for the sake of those we leave behind.

Day two had us heading for The Wild Horizons Elephant Sanctuary and Orphanage for game viewing of a different kind. It was arranged for us to take an elephant ride through the bush to the local watering hole where large group of animals congregate for their morning drink. As it was a VERY early start, we asked the hotel to prepare a takeaway breakfast for us. They kindly packed in boiled eggs, fruit, juice boxes, yogurt tubs and thick slices of polony (processed pink meat). Not exactly my idea of breakfast, but the effort was appreciated, and it hit the spot.

Arriving at the camp we were greeted by the friendly tour guides and a roaring bon fire to warm us up, burning teak wood none the less. Coffee was served in tin cups and they also served vetkoek (fried bread dough similar to a doughnut) with jam and cheese. While enjoying this, my heart skipped a beat when I heard a deep low moan of a male lion. I joked with the lead tour guide saying that they were probably playing a recording on large speakers hidden in the bush. He sternly dared me to go take a look…We all laughed and knew it was real.

The guides were amazing with a wealth of knowledge and were passionate about conservation and had a genuine love for the individual elephants that had been placed into their care. We thoroughly enjoyed our elephant back ride excursion through the park with informative commentary from our “driver”.

The night ended at the Boma Village where we were treated to an authentic African experience of music, dance, culture, and cuisine…including dried Mopani worms for those who were brave enough to eat one!

Day three was a roller coaster ride of adventure mixed with leisurely walks and colonial treats. After breakfast we took a walk through the bush in search of “The Big Tree”, an ancient Baobab tree 65m tall and 4.5m in diameter, estimated to be over a thousand years old. We came across a local policeman who was in the vicinity to protect tourists from roaming elephant bulls, he offered to escort us to the tree. What a fortunate meeting that turned out to be as we would never have found the tree on our own by following the various dust paths through the rural villages.

After that leisurely walk, we got the adrenaline flowing and blood pumping with a helicopter ride over the falls, known as the “Flight of Angels”.
This was my first time in a helicopter, and I thoroughly enjoyed the experience. Seeing the falls from an altitude provided a completely different perspective. One does not realize the magnitude of it from ground level.
After the flight I felt it necessary to calm mother’s nerves and treated her to high tea at the gracious old Victoria Falls Hotel. The hotel is from a bygone era with its colonial architecture and décor along with sprawling lawns which overlook the falls. We enjoyed the tea but were not really inspired by the dinner menu so decided on a second visit to the Boma Village for a show and buffet dinner.

After a good night’s sleep and hearty breakfast it was time to pack up and head to the airport. Another game viewing on the way in the form of a group of baboons rounded off our experience at Victoria Falls. We were saddened to be leaving, but left with a treasure trove of memories of the time we spent together in this special place.

If you enjoyed this article, see our Travel Articles section for more! 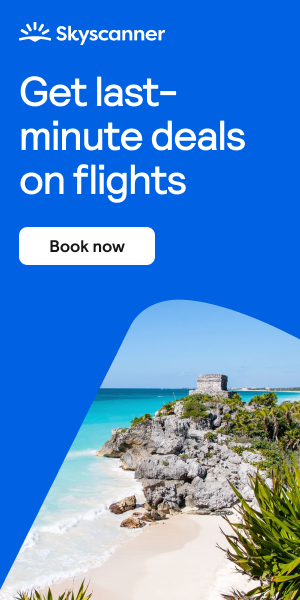